Learn About the Myths and Legends of the Fabled Aurora

Do you know anyone who has enjoyed holidays to see the Northern Lights? If so you'll have heard all about the aurora's absolute magnificence, the extraordinary sight it makes, glowing in the night sky and sending down curtains of gently-falling light, mysterious and ancient. But you might not have heard about the many different stories and legends that have sprung up across the world, dreamed up by ancient peoples who had no idea about the science behind the aurora but felt a strong need to explain the phenomenon for themselves.

Here are some of the most unusual and creative aurora legends to inspire you to book yourself on a dazzling Northern Lights tour.

The Greeks – The people who coined the term Aurora Borealis

First, the Greeks. They deserve top billing here since they named the lights in the first place, and the name stuck. Aurora means sunrise in ancient Greek, and Boreas means wind. While Greece seems too far south to be within range of the lights, unusually strong solar activity probably brought them further south way back in history. The Greeks believed Aurora was the sister of Helios and Seline, the sun and moon. When she rushed across the sky at dawn, she signalled the dawn of a new day. The Romans also associated the aurora with the morning, signalling the arrival of a brand new day.

It's auspicious. In Japan a child conceived underneath the Northern Lights will enjoy good looks, a powerful intellect and plenty of good luck. It's interesting to note that visitors from Asia as a whole are on the increase as more and more people flood north on holidays to see the Northern Lights, experiencing the aurora or themselves and satisfying their curiosity.

Old aurora legends from Iceland and Greenland – It's all about childbirth

In Iceland ancient peoples associated the lights with childbirth, believing they would soothe the pain as long as you didn't actually look directly at them. If you did, the baby would be born cross-eyed. In Greenland the lights were also thought to be all about childbirth, but in this case they represented the spirits of stillborn babies. More grisly, some felt the lights were the souls of murdered babies.

Finland's take on the lights – Something terrible to fear

In Finland they called the aurora the revontulet, which means fire fox. Ancient tribes believed Arctic foxes created the phenomenon, running so quickly through the sky that their tails brushed against the mountains, making fiery sparks. Another version says the foxes swept snowflakes up into the sky to create the lights.

The Finnish Sámi people, from Lapland, believed the northern lights were made by whale spouts, created when the animals blew water out of their blowholes. To the Sami the lights were a very bad sign, an omen so scary you didn't even mention it by name. It was very dangerous to talk to the lights, since they represented the spirits of the dead. Even waving, whistling or singing under them would reveal your presence. If you were spotted, the aurora would take you up into the sky, even cut your head off. Nasty. No wonder the Sami still tend to stay indoors when the aurora lights up the skies.

Some Norse folk believed the lights were reflections from the armour of the Valkyrie, terrifying legendary female warriors who decided who died in battle and who survived. In their world the aurora was actually the Bifrost Bridge, a magical arch leading to the final resting place of those killed in battle, Valhalla.

Sweden – Good news on the horizon

In Sweden the lights were a positive sight symbolising the arrival of good news, a gift from the gods that delivered lots of lovely warmth and light via an enormous, mysterious volcano. In other parts of Sweden the aurora was thought to be made by light reflecting off vast schools of herring, the fish that kept them alive through the tough winters. Swedish farmers had a similar theory, seeing the lights as a sign of a good harvest to come.

Remote, isolated North American tribes each evolved their own beliefs around the aurora. The Algonquin tribe, for example, believed the lights came from a huge fire made by their creator deity Nanahbozho, built to watch over them. And the Inuit, in the far north, thought the lights were spirits of dead playing a game with a walrus skull ball.

Some saw the aurora as a way to send messages to their ancestors. The Cree tribe, for instance, believed the lights formed the circle of life, representing the souls of the dead living in the sky and making it possible to communicate with their living relatives.

The Makah Indians' version involved a tribe of dwarves who used the lights to boil whale blubber. The Mandan tribe in North Dakota, on the other hand, felt the aurora was the glow from a huge spiritual fire on which stood a massive pot where god-like warriors boiled their enemies.

Some tribes saw the lights as the spirits of those who had died violently, others put the phenomenon down to spirits celebrating the absence of the sun, or animal spirits, or even deceased enemies out for spiritual revenge.

Sightings of the aurora bin China were – and are – extremely rare, so it's no wonder the ancient Chinese found themselves awestruck by the sight. Some say all of China's many dragon legends came about thanks to aurora sightings, which apparently revealed a cosmic war going on between the gods and gangs of evil dragons.

Estonia – A horse drawn carriage to the heavens

Ancient Estonians saw the Northern Lights as a gorgeous horse-drawn carriage that took celestial guests into the sky for a heavenly wedding. And that's one of the least scary, most beautiful aurora legends of all. 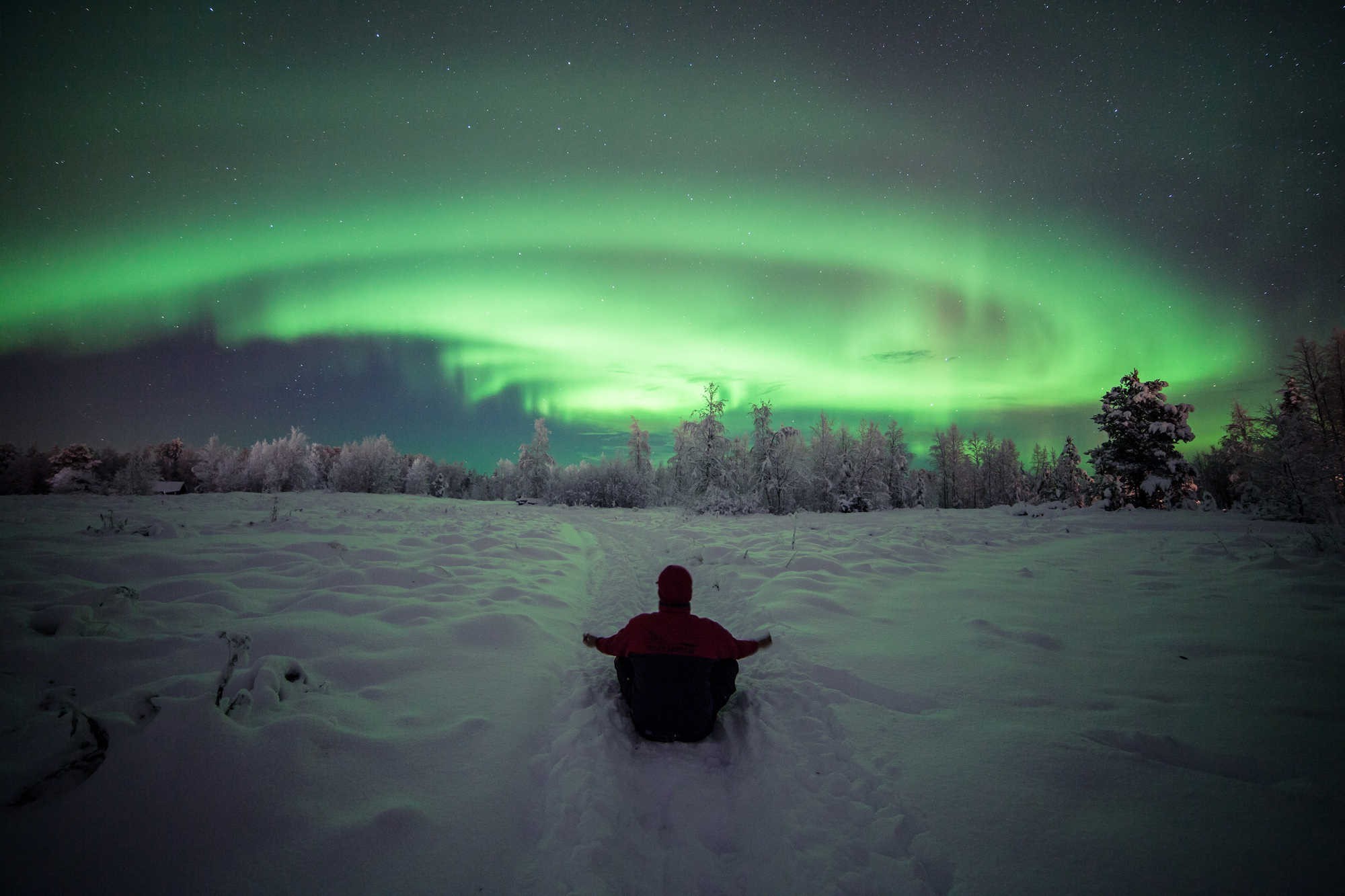 Whatever country you call home, however far away you are from the aurora's reach, when you book yourself a Northern Lights tour you can guarantee you'll be knocked for six, amazed, astonished and awed. It's a sight that'll change the way you see the world forever, as mysterious and strange as it is a scientific phenomenon that's easy to explain in modern times.

If you'd like to see the legendary aurora borealis for yourself, we'll be delighted to provide a magical package holiday that delivers exactly that – an experience you'll remember for the rest of your life.

Groups Couples Northern Lights
Next post
Back to all posts