Legends in the Landscape

To celebrate the launch of our Santa’s Lapland short breaks in Kilpisjarvi, Tracey Greenway investigates the myths and magic from which this curious little village originates. Here, she sheds light on the early years of a place where the sun does not rise during the winter months.

Perched at the northernmost tip of Lapland, Kilpisjarvi is a remote village steeped in time-old legends and epic sagas. Once home to roaming giants who forged the landscape in their fearless pursuits, this bewildering place is now the perfect location from which to embark on a search for Santa: with myths and magic prevalent, it is no wonder the real Father Christmas is rumoured to have settled nearby.

The story of Kilpis begins long ago when giants roamed the lands. The sullen giant Saana fell in love with the beautiful giant Malla, and they were to be married by the wise magician Paras. Another giant, Paltsa, was jealous of the match and wished to marry Malla himself. Wanting to stop the wedding, Paltsa called upon three witches of Lapland who summonsed stormy winds to stop the ceremony. The fierce frozen winds swirled around the wedding party and the area began to fill with ice. Saana, sullen and surly as ever, was the first to freeze. Malla, having seen Saana been frozen, flung herself into her mother’s arms and, amid the swirling storms and the heightening drama, began to cry. She shed tears which ran and formed a lake – a ‘jarvi’. As the tears ran and the lake formed, the icy storms continued. Malla, and her mother, succumbed to the same fate as Saana: they were frozen by the winds. Now, Saana and Malla had been frozen in time and immortalised forever in the Fells of Kilpis surrounding the lake formed by Malla’s tears, establishing the name: Kilpisjarvi. 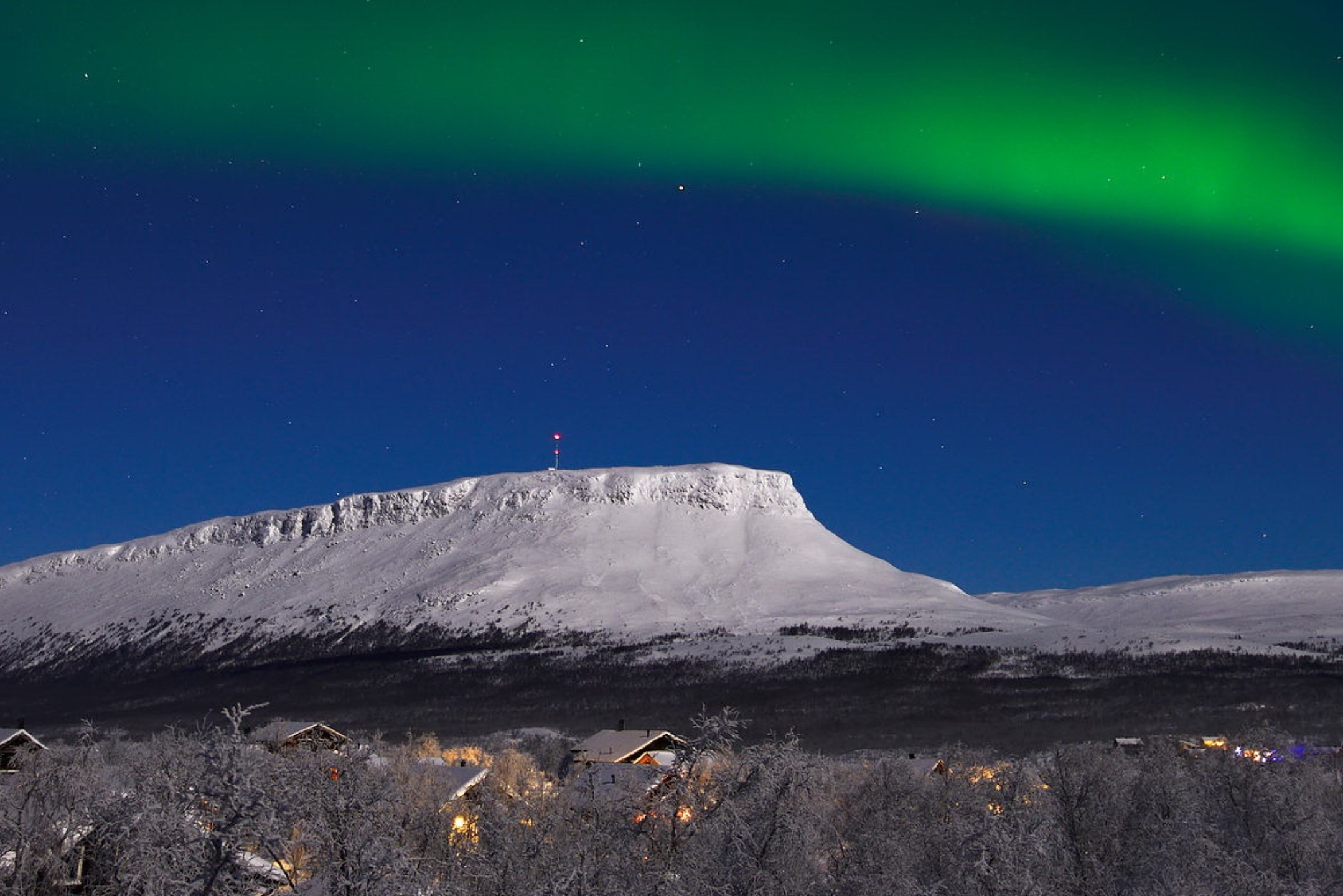 Today, the Saana Fell dominates the skyline of the area, and is an iconic landmark of all Finland, being the largest fell in the country. Once a sacred site for the indigenous Sami people, the fell has more recently become popular with hikers and climbers in the summertime. In December 2017, to mark the 100th anniversary of the Finnish state, the landmark was illuminated with coloured lasers. The illumination covered 2.5 million square metres, making it the largest art installation in the world to date.

The Saana Fell sits at the start of an impressive chain of mountains as you head northwards into Norway: the Lyngen Alps. This stunning landscape is unique in Finland – Kilpisjarvi is the country’s only mountainous resort. So far north, the area is located on the ‘tree line’, so very few trees grow beyond this point. This, along with the towering mountain peaks and the stillness of the lakes below, only add to the area’s magical intrigue. 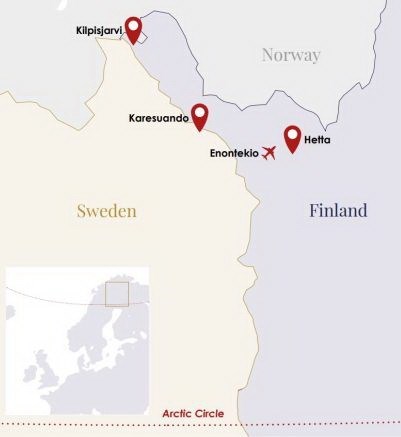