Tips for Seeing the Fabled Aurora

The Northern Lights – the famous Aurora borealis - are a magical sight, other-worldly and eerie, silent yet awe-inspiringly dramatic, a vast, multi-coloured, fiery curtain in the sky. Our fab holidays in the far north of Europe include Northern Lights excursions, so there's no need for you to handle all the arranging and organising, which is a complicated job at the best of times thanks to the unpredictability of the lights and the weather patterns that make them easier to see. It's our job to figure out where they're most likely to appear, and your job simply to enjoy them. Here's what you need to know about when to watch Northern Lights. 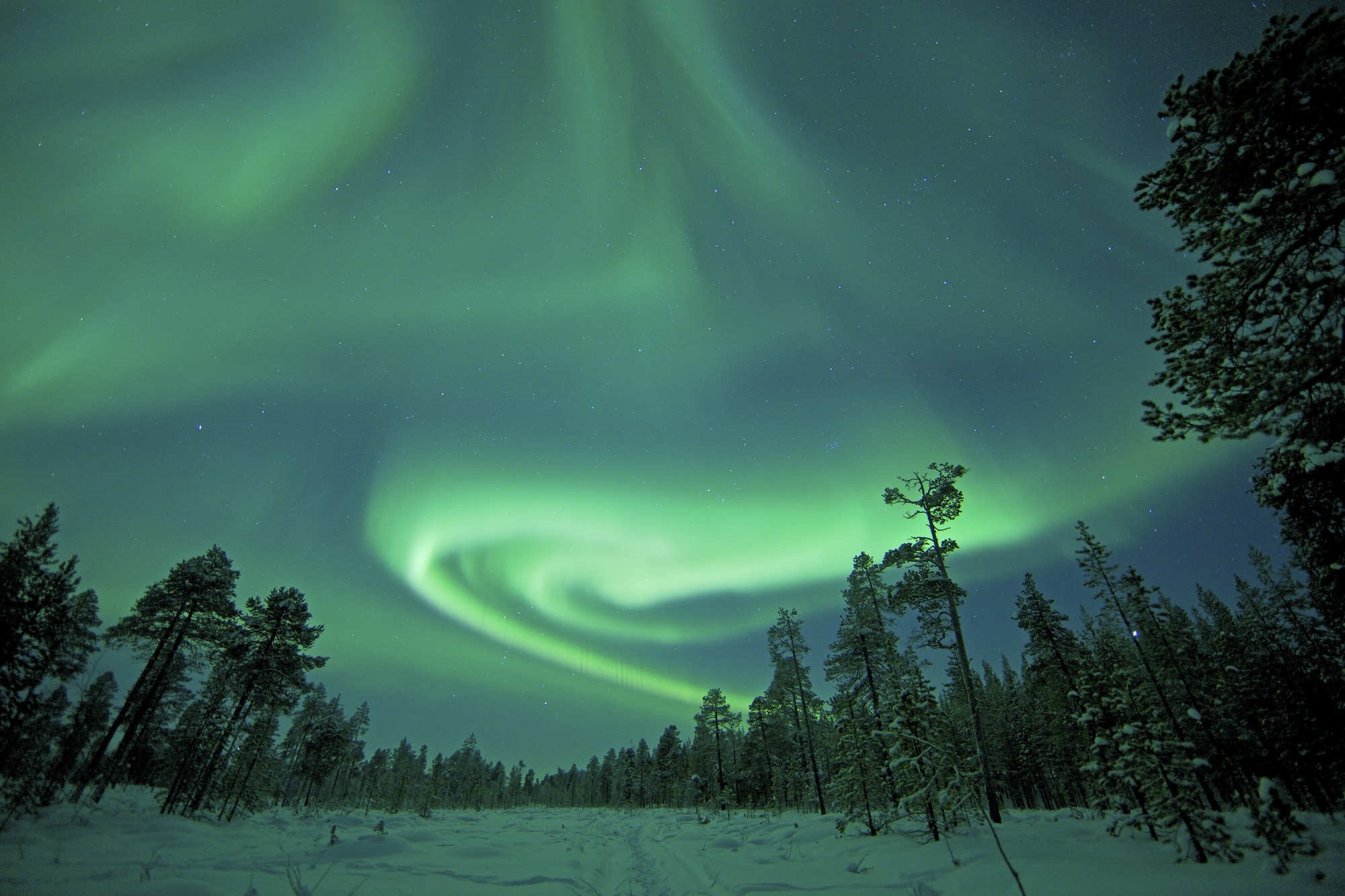 We've dug deep but it looks like there isn't any reliable scientific research about the times of year when the lights are most and least likely to occur. Auroras happen in every month but because they're impossible to see against the super-light late night summer skies far up north, our trips to see them tend to take place when the night skies are properly dark.

What month is the best time to see the northern lights?

It's easier to see the lights against a dark sky. And a clear sky is best since clouds hide the Aurora. Both of these facts suggest September to April might be the best time to plan your trip, when the nights are darkest. There's more. The aurora's intensity depends on the sun's Solar Cycle, an eleven year cycle that swings from maximum to minimum. A Solar Maximum stage brings a brightly coloured Aurora and regular appearances, a Solar Minimum tends to make the aurora happen less frequently.

January to March are the most popular months for aurora-spotting, with their very long and very dark nights. Some say the Aurora is more likely to appear on colder nights, but there's no real proof. It's also possible that because most of the winter snow has already fallen, we're left with clearer skies and great Aurora views. There has been speculation that the spring and autumn Equinoxes in late March and September bring more activity from the sun, but that's not proven either.

From April to August the skies are too light, too late, to see the show, which is happening invisibly in the skies but can't be seen without special equipment.

September and October are perfect for Aurora watchers who are not keen on experiencing the full-blown Arctic winter, which is extremely, shockingly cold. You might even be lucky enough to experience a whopper of a Northern Lights display so vivid it reflects in the mirror-like, ice-free rivers and lakes to deliver something properly awe-inspiring. In fact autumn 2014 saw some of the most spectacular Northern Lights displays in living memory.

November and December see the first deep snows arriving as the frozen north descends into winter. The cloud cover can obscure the lights but at the same time the shorter days and darker skies mean there's more chance of seeing them.

Our conclusion? The best time to see the northern lights is usually November to March.

When to watch northern lights - Do the Northern Lights happen every night?

The Northern Lights are notoriously difficult to predict anything more than a couple of hours in advance, although we do everything we can to pin them down for you. If you're in the right place at the right time, the solar winds are strong and the sun's good and active, you could even catch one of the really big shows, the kind of Aurora that can be seen by people across the entire night sky, planet-wide.

How long do the Northern Lights last?

Once they appear the Northern Lights can last for an entire night if you're lucky, and for just a ten minute stretch if you're less fortunate. But just ten minutes of the lights' extraordinary glory is enough to deliver enough awe to last a lifetime, a sight you'll never forget.

Now you know the best time aurora borealis will be in the night skies far north, you can plan your holiday around a potential sighting. But even if the Northern Lights don't play ball, you'll have the most incredible time exploring an extraordinary landscape and a remarkable culture, a winter holiday destination with a real difference.